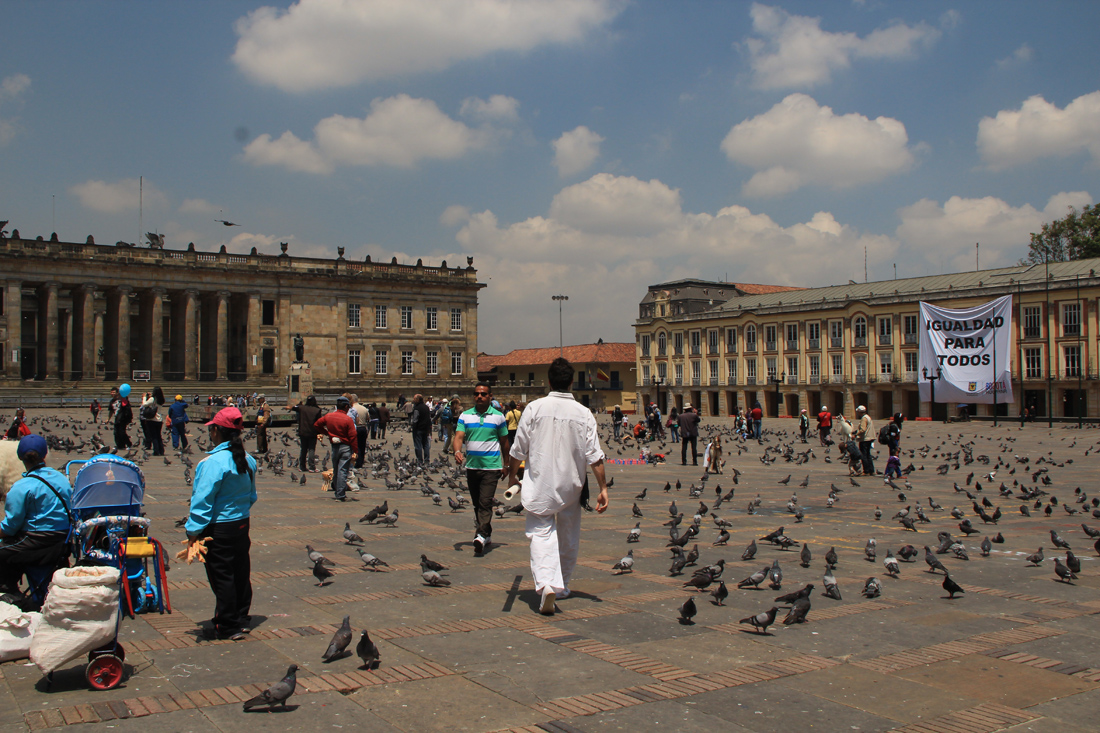 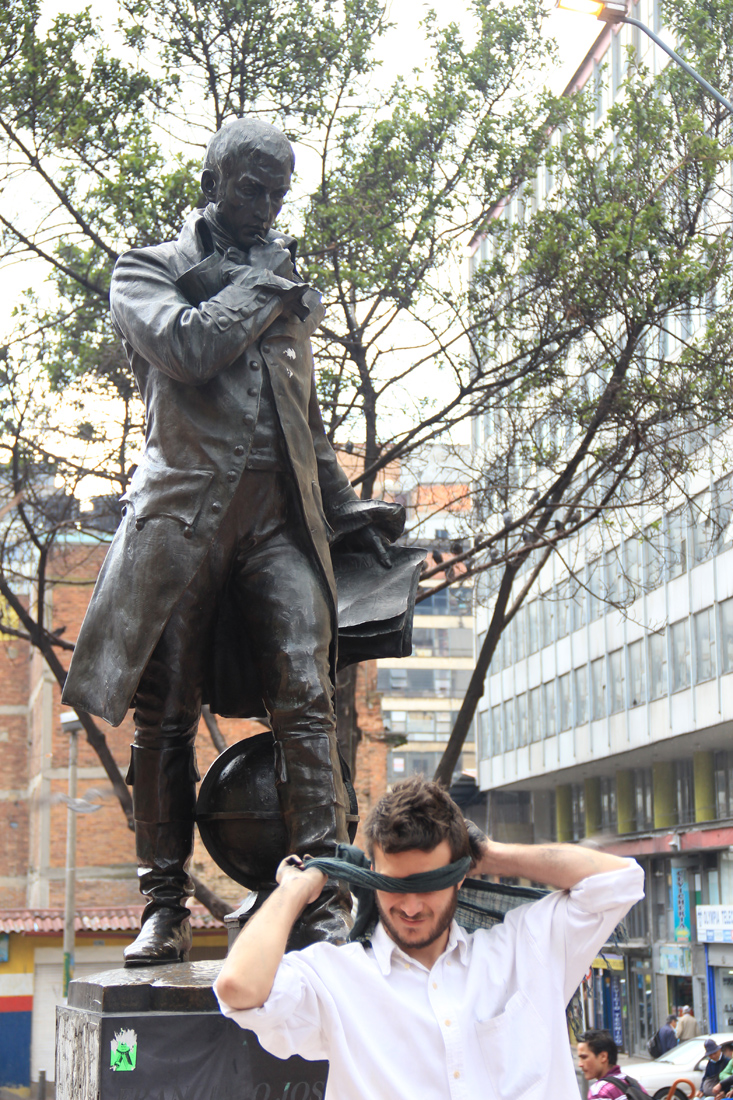 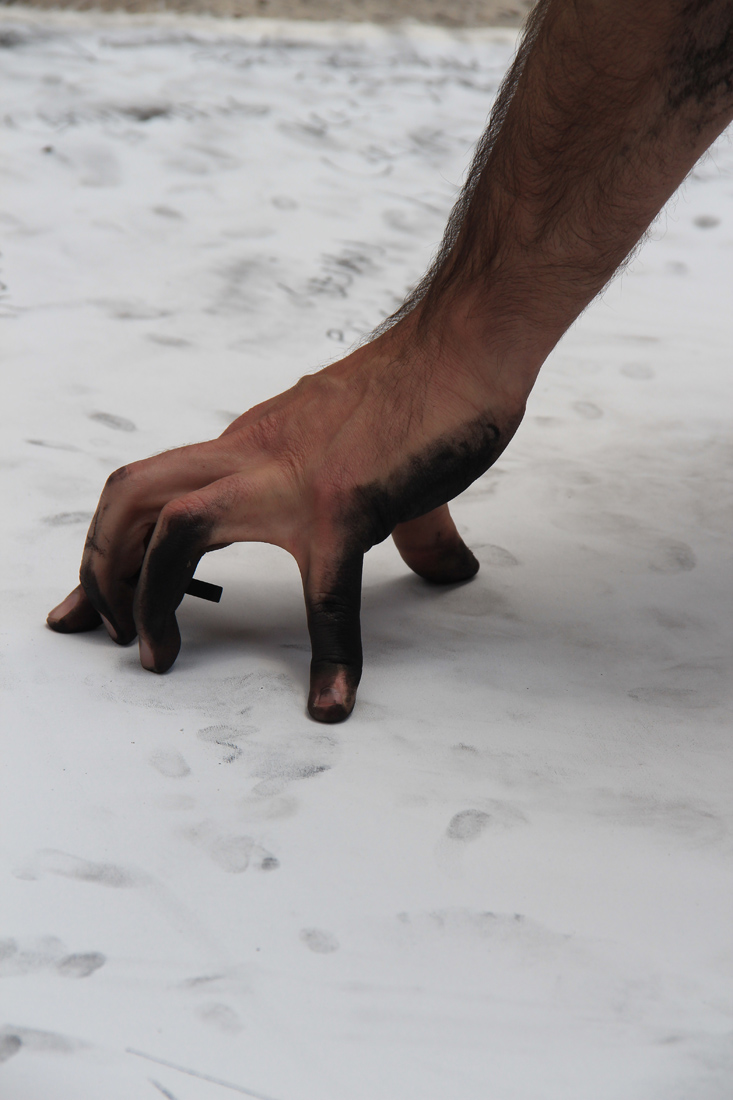 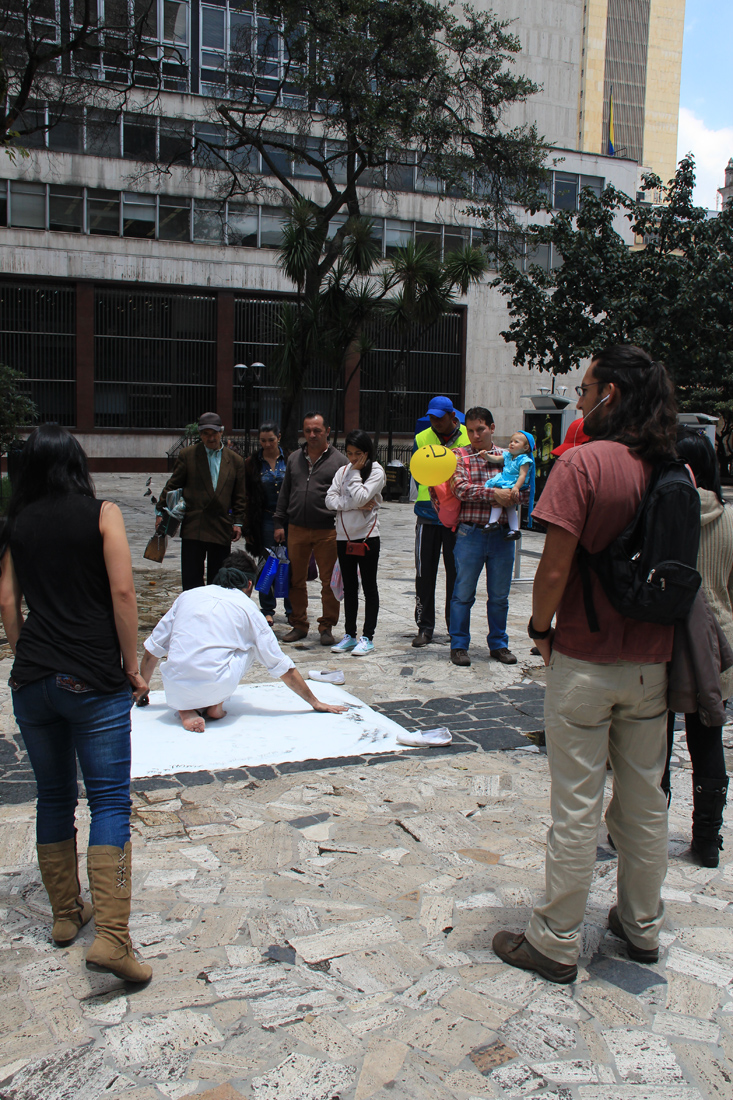 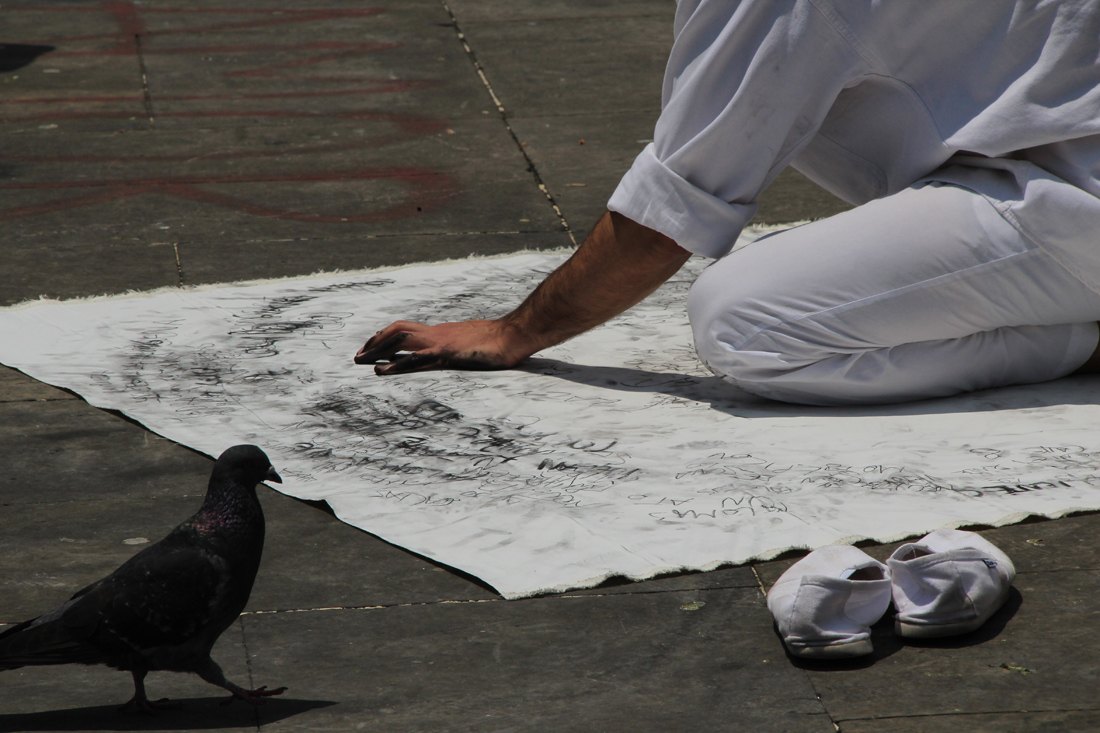 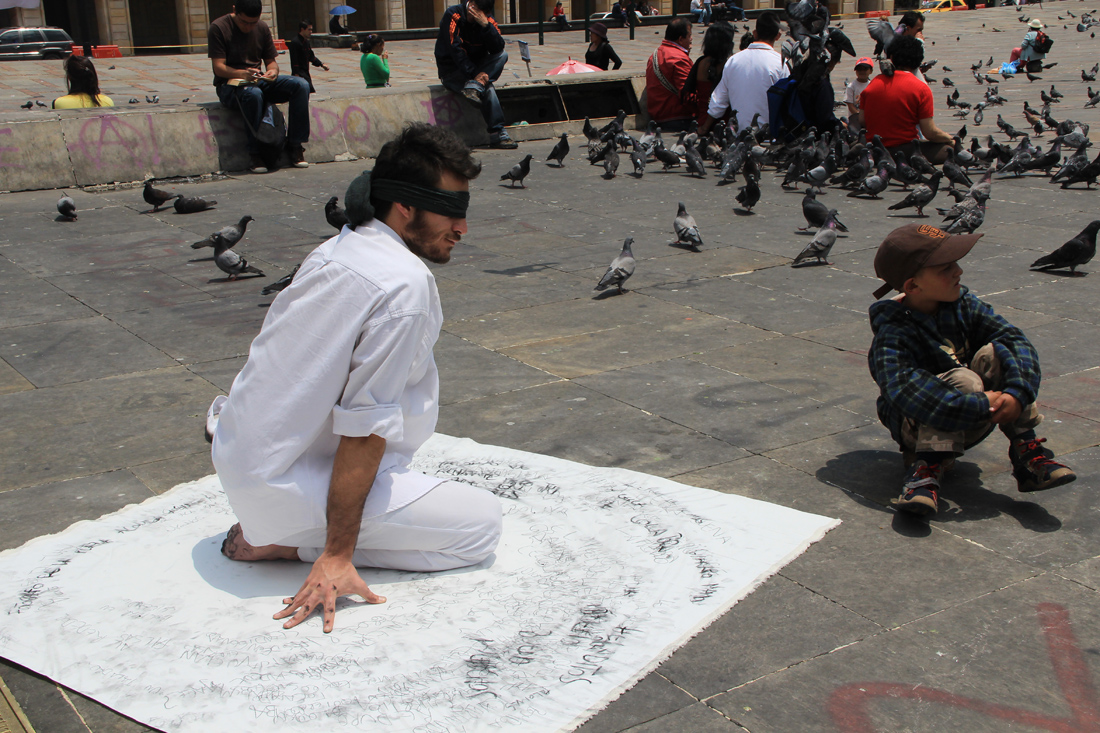 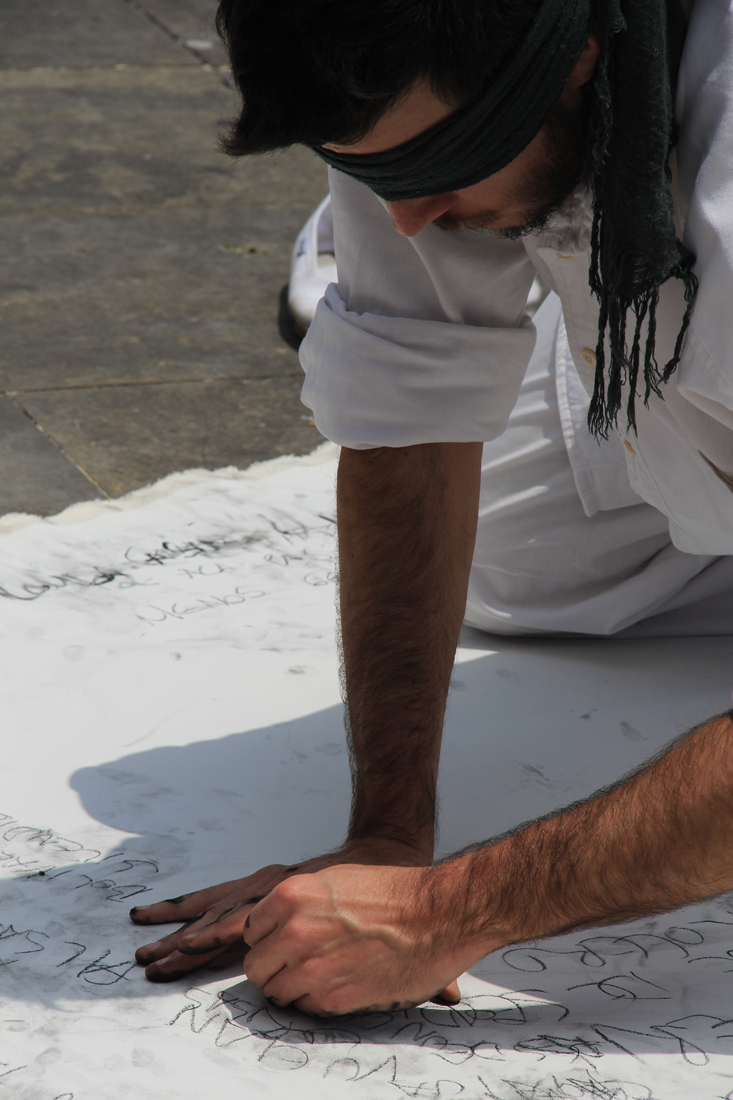 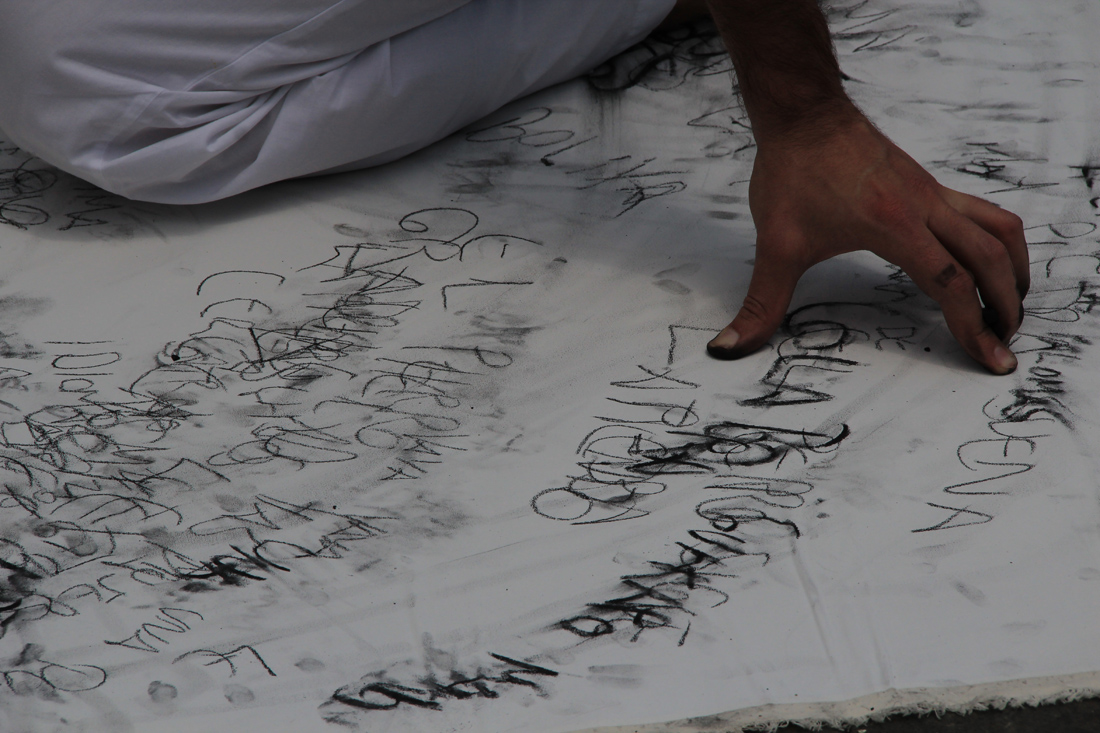 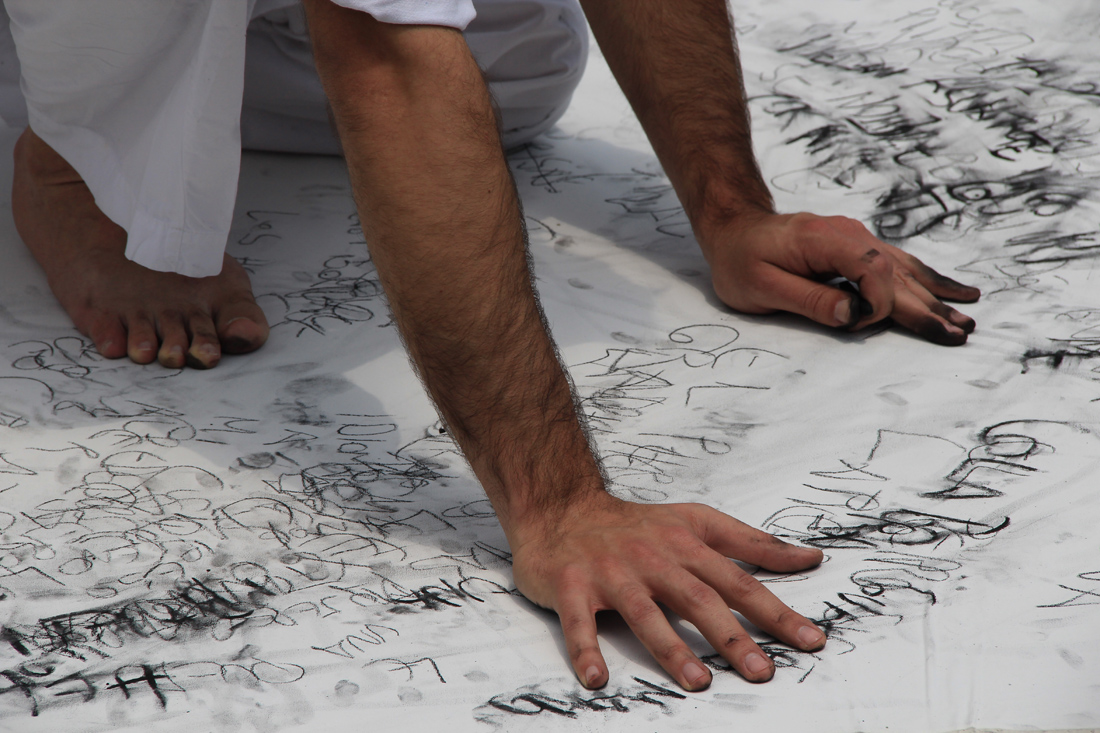 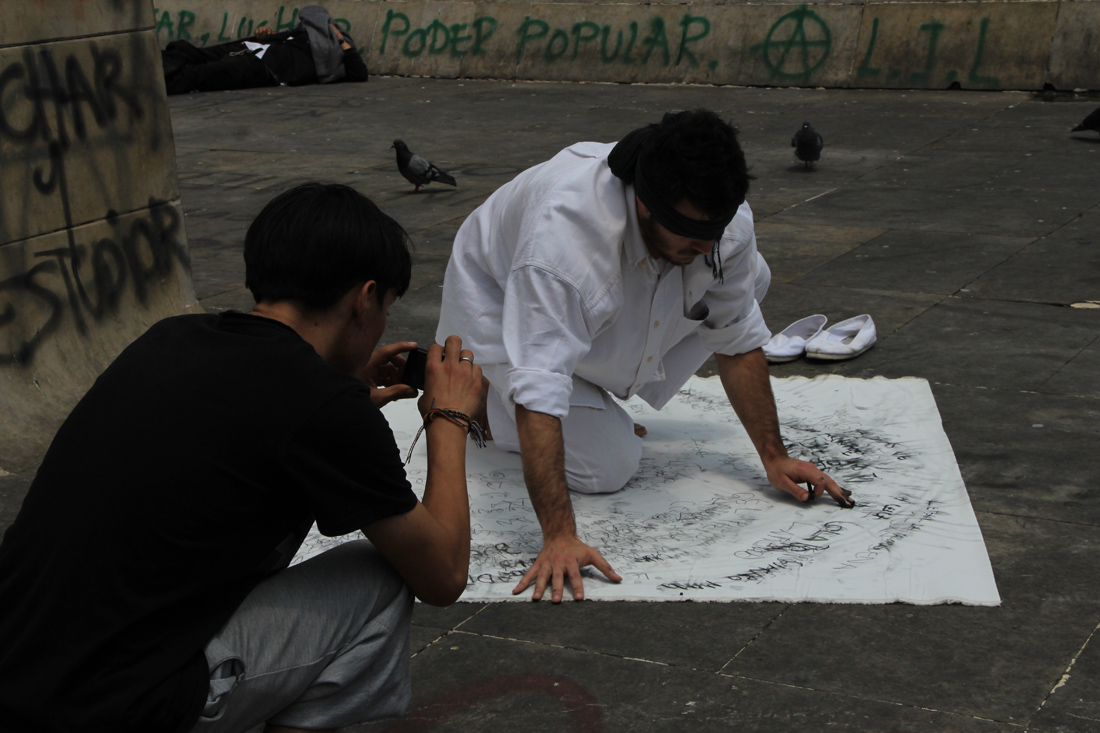 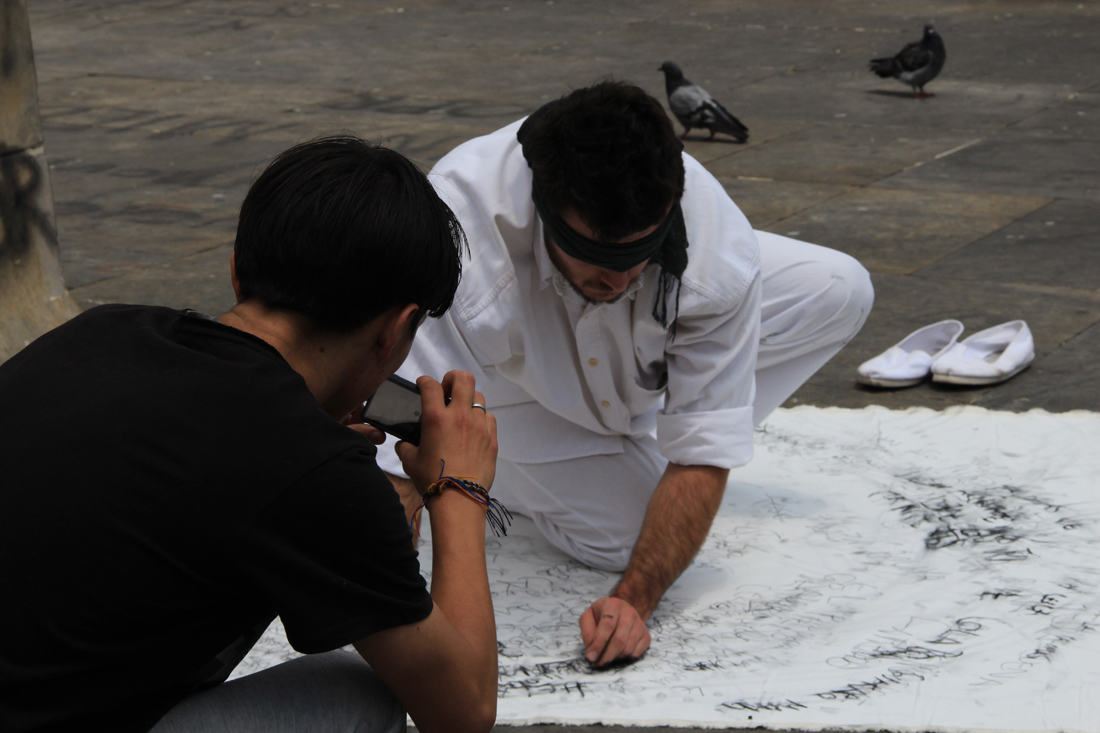 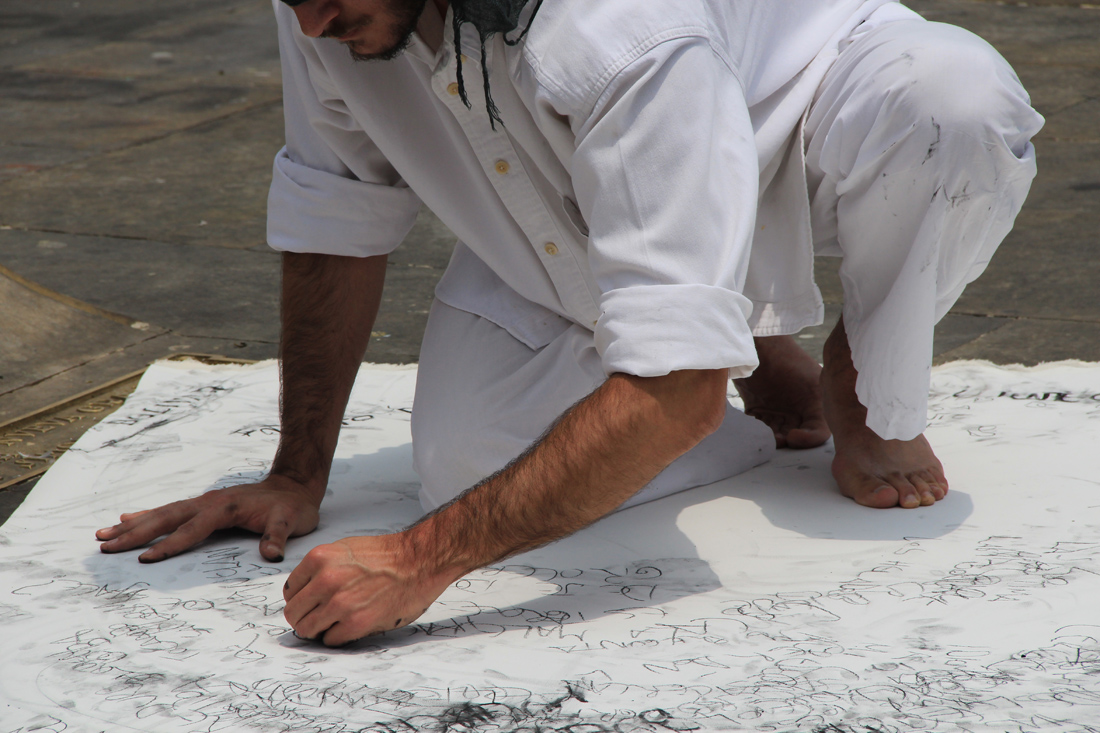 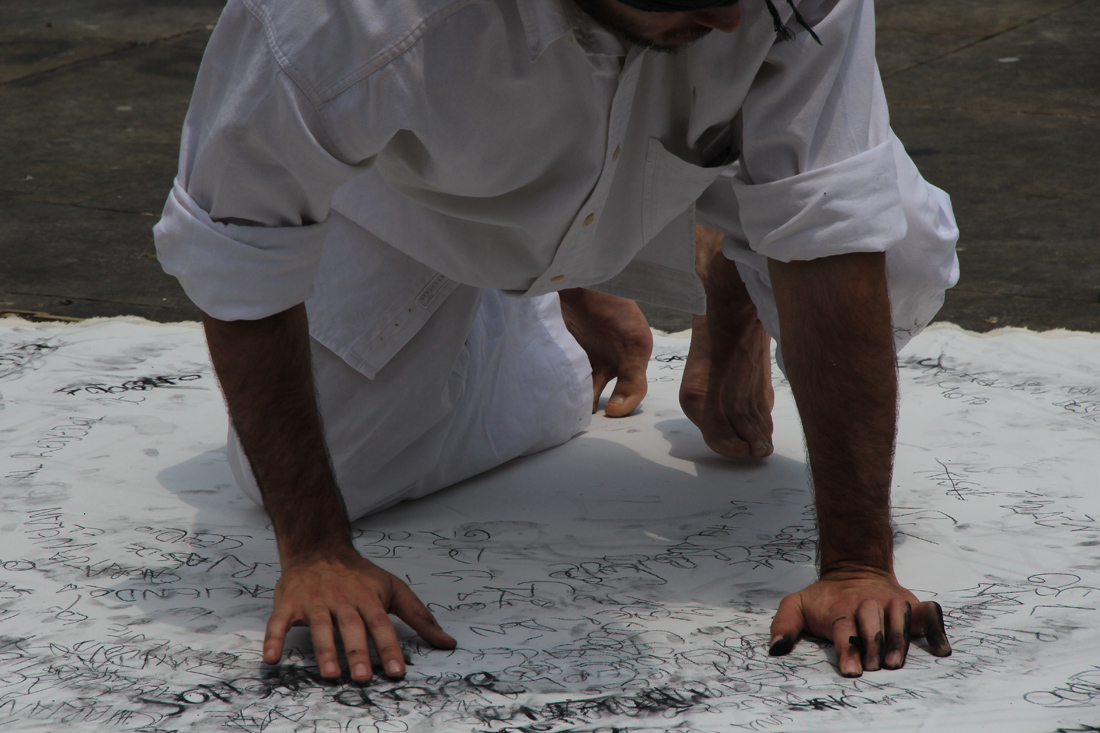 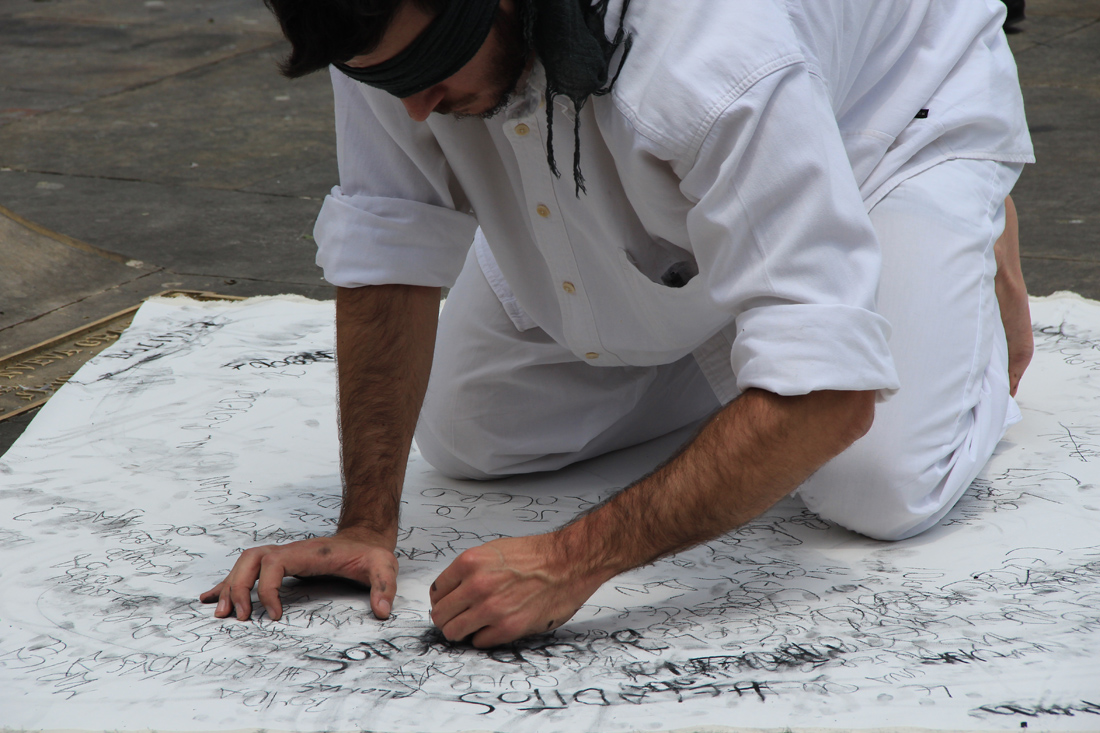 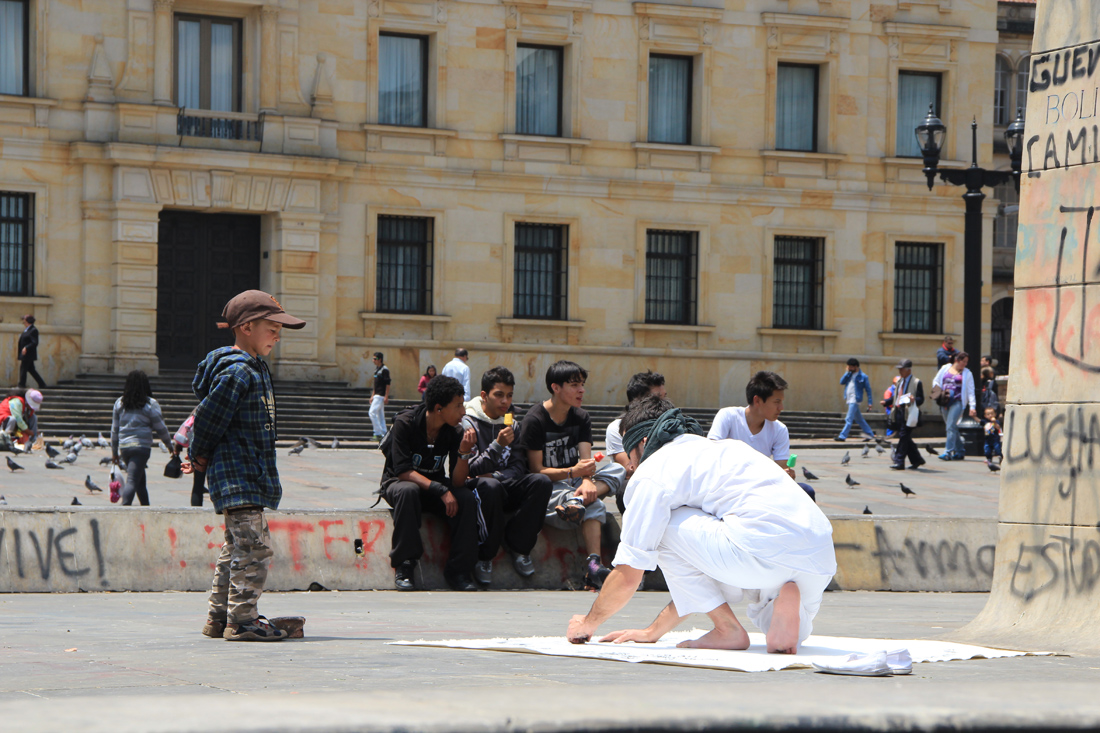 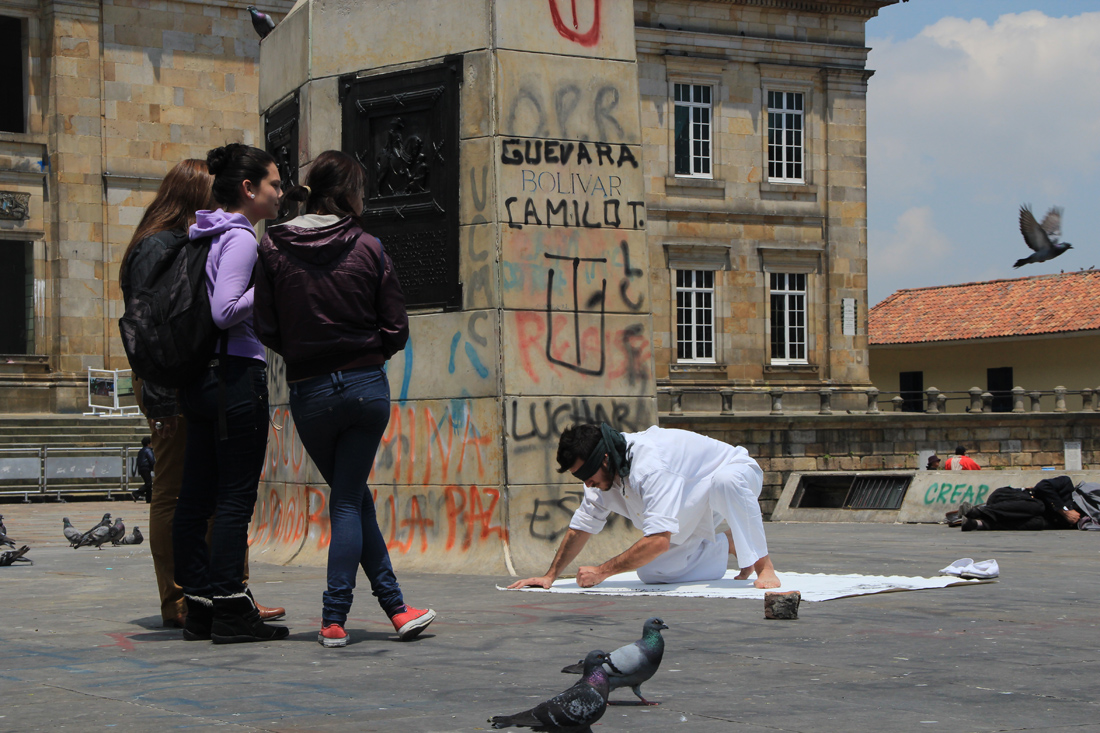 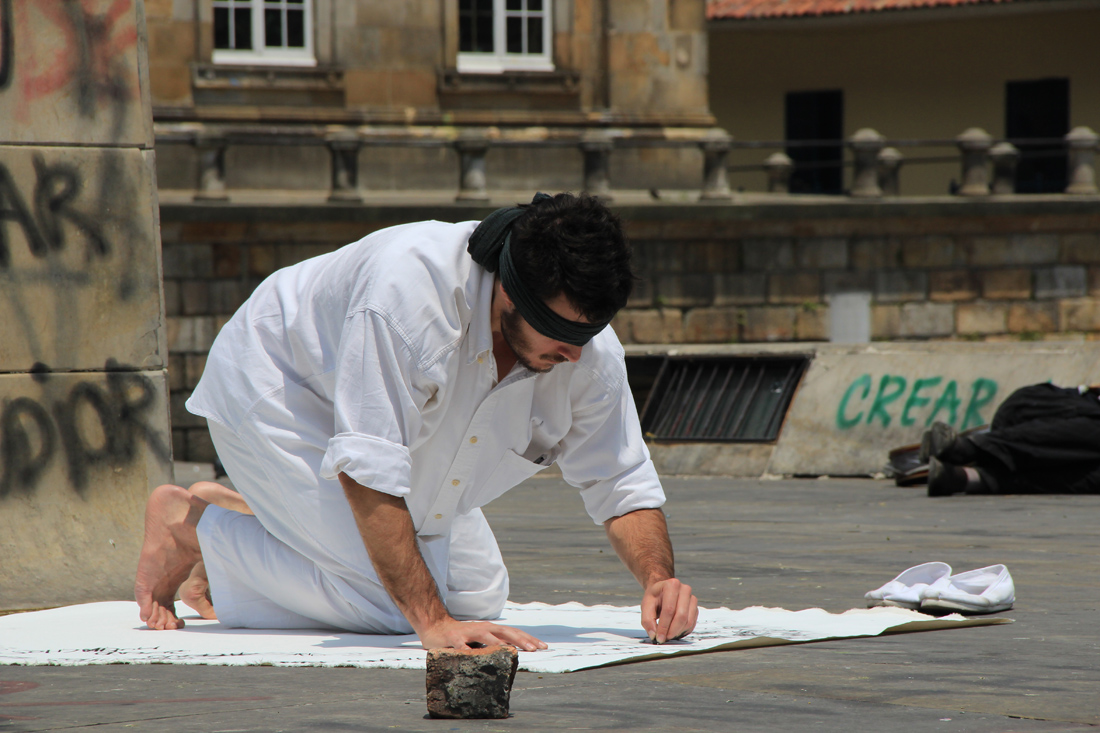 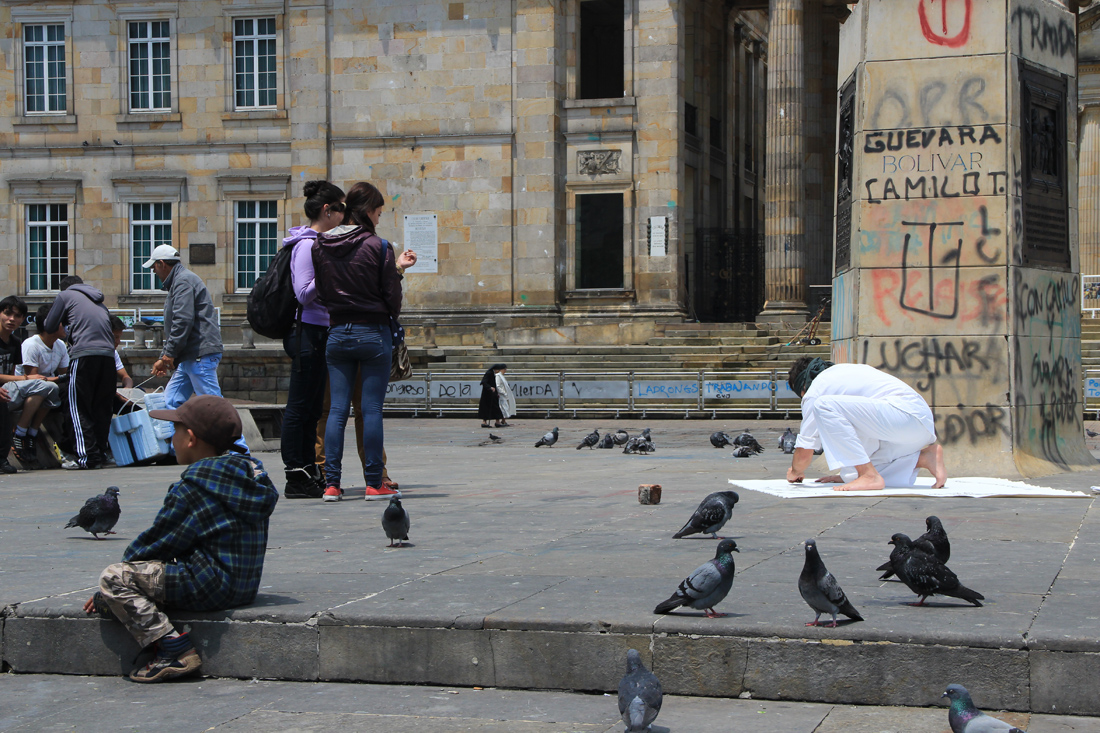 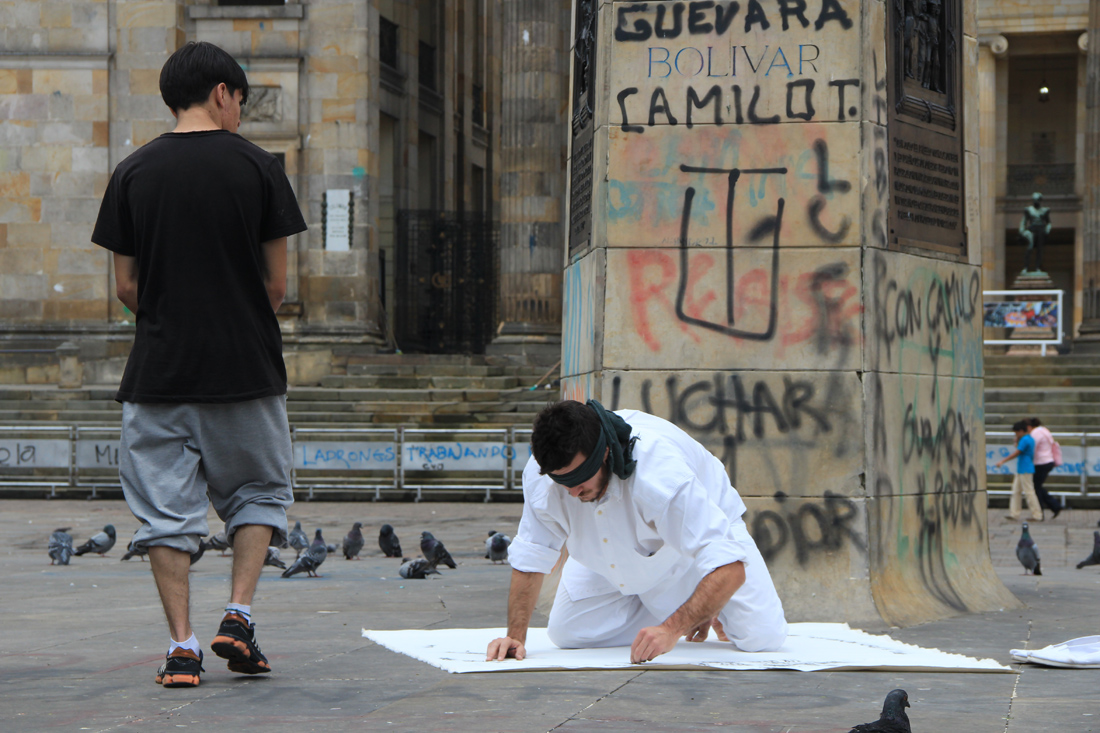 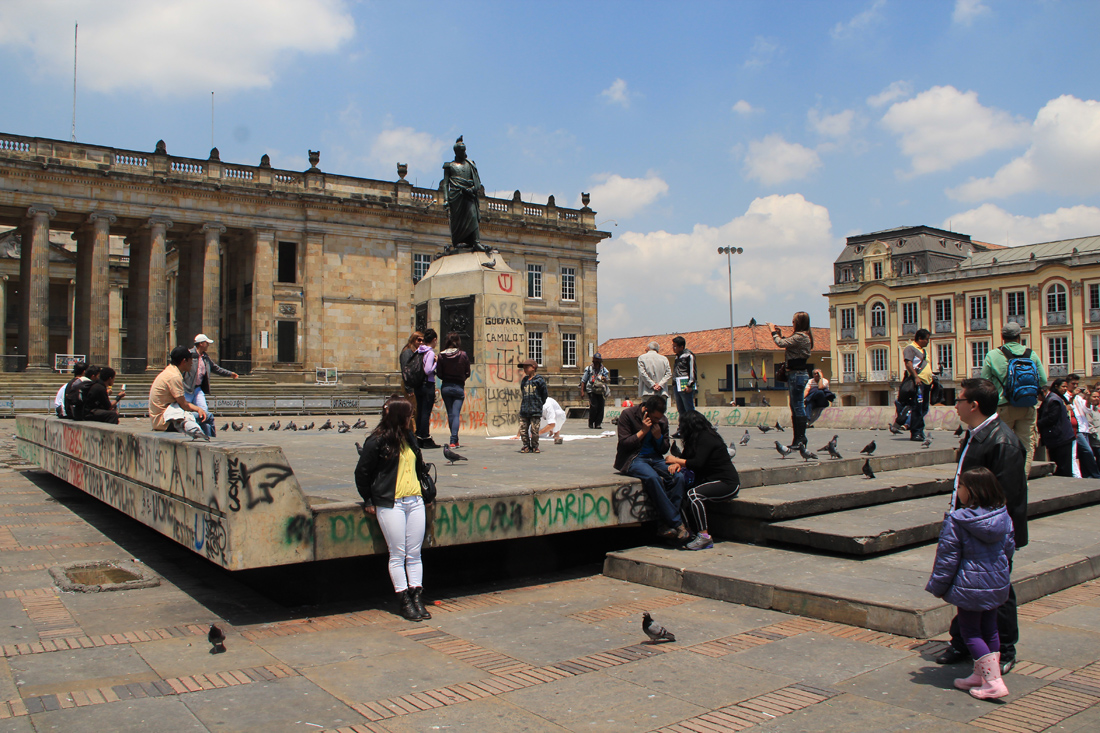 The work consists of highlighting otherness and the recognition of the human body as a territory (world) to follow the impulse of wandering life. “every being in a world” is a trope, realized mainly with the figurative use of metaphor (translation) and the paratextuality of combined languages (transtextuality).

To take this conception of space/time, of the storytelling subject, of the recounted world and of territory in order to deepen it through the metaphorical trope, generating questions about continuing in the same direction. The idea of the work is to draw territories in a renewed way. To deconstruct the subject and make it aware of its space. To make him/her aware of the presence of the other. To make him/her aware of the importance of the place, of the territory as habitat, as experience, as a transforming experience, as a space for interaction with the other.

The main objective of “every being is a world”, is to express through combined languages, the attitudinal importance of traveling with a traveler’s perception, appropriate and different each time, and to establish a question about our travel habits and understanding of the environment. H.G. Gadamer has called “anthropological responses” (present in the work of art and that sustain it) to the game – symbol – party, basic needs of human beings as a place of communication for our understanding, which necessarily implies the form of language, as an existential agent mediating the creation of experience (hermeneutics).

Appropriating metaphorically the figure of the text, which has the power to change, to be written (touched), read (seen), and above all told (spoken) according to the cultural conditions.

We also propose the idea of detachment towards the material, to value the encounter with the other as a stage for the construction of knowledge, to take advantage of the ephemeral nature of relationships and to question what we consider to be our own in order to have a more natural rhythm of life.

The body (H) as an instrument is the primary link of recognition and union between the public and the word. Its movements allow the materiality of man, his soul and body, united in substance and nature, to make sense. And that it is recognized through listening and writing in a type of conversation.

In order to have an adequate use of any complex system of communication, it is necessary to make a conscious use of the senses, without saying that this is a mechanical use, on the contrary. It is a matter of making an out-of-framework use, a use that has the primordial attitude of listening, looking, touching, smelling and tasting. In this way we can have a wise (more sappy) response… response stimulus. Growing freely away from the one-sided sense… growing, not up, not down… Growing; in its broadest sense, in rhizome.

The action starts mainly from our most common method of displacement, the daily action: walking. At first among the spectators, with short trajectories of going and coming. Then, when inciting the use of the installed objects, the performer approaches tangentially the white circumference of the middle of the space, lowers his body to take off his shoes and propose a change in his attitude, then he gets up and enters the circular interior space that is arranged on the floor, a person from the team approaches with a white cloth and blindfolds him, at that moment

“The whole body will become an ear and all sounds will come (…), the known and the unknown, the sweet, the sad and the urgent.

After a short time of concentration you will start the exercise of staining sounds by means of your writing, with circular movements, mainly. The performer will descend to the plane each time he needs to write what he has just perceived, and so on, repeatedly and cyclically, until his writing (words that are increasingly deep in his perception) are transformed into a new cartographic drawing generated from another direction, creating a relational database in that circular space.

Even if traces of a previous writing begin to show up, which are erased with movement, the words give value to the over-writing. The mapping carried out has a specific treatment of magnification of the senses, above all, the auditory sense, converting it into a new sense with the power of observation.

In addition, it shows the written word as the line and the point necessary to draw, in which a form is developed equally, within a balance of dynamics and expression, leaving the movement that accounts for events and time.

After a period of time of performing the exercise, writing will become less frequent until the decision to stop is made; at that moment the performer takes off his blindfold, returns to the location of his shoes, puts on his shoes again and continues his walk.